4662 I Was Just Cleaning it and it Fired 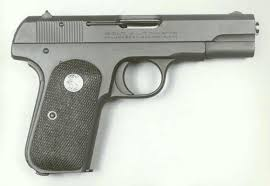 We have taken a .38 to our national head, pulled the trigger and weren’t even good enough shots to do anything but cause brain damage -- even at point blank range.

Yes, folks, it’s another rant about the election.  First, a word about the pollsters. Dumb.  One word should be enough.

Maybe more than a word, though.  They either asked the wrong questions, failed to listen to the answers, or just got tripped up in the virtual adding machines.  The Biden landslide didn’t happen.

As this is being written neither candidate has reached critical mass, the 270 electoral college votes needed for victory.  And there is a mathematical possibility for a tie.

Those hoofbeats you hear?  The ones that make you try to choose between horses and zebras?  It’s neither. It’s the sound of every smart and heavy-hitting lawyer heading for the hills.  Some are walking. Some are trotting. Some are cantering.  Some are galloping.  But they’re all heading in the same direction -- away from the pseudopresident who is left with ambulance chasing whiplash Willies to push his cases uphill toward the Supreme Court.  You know the cases, right? Stop the vote count where trump is ahead, continue it until the next century where he’s behind.

Legions of lawyers with correspondence school degrees are ready to do the bidding of the Great Dictator.  They can’t carry their own .38s into court even though they’re not loaded. (Some of the lawyers are loaded-drunk or loaded-rich.  But none of the guns are. Not even with blanks which though rarely fatal can still cause serious harm.)

The real problem isn’t the incompetent and crooked lawyers. It’s the wacko Amen Chorus that believes trump speaks truth who are the real villains. (Thanks to that Great Socialist Pat Buchanan for the “Amen Chorus” phrase.)

The non-prophet WestraDamus had a rare -- possibly unique -- stab at political correctness when he forecast a Biden win for the White House but a Senate win for the Party of Treason, and its offshoot, The Baath Party, where good laws go to die.

Do you not-see that Republican or Democrat, a liar is a liar?  Are you willing to donate your mind to mindlessness? Did you not-see that the pseudopresident and his followers are going to squander America’s moral, financial, educational and commonsense capital to let this looney tune pretend he isn’t anything more than a two legged Orwellian pig?

Do you have no sense of morality, of loyalty to country, of ability to know right from wrong?

Shame on trump. Shame on us.

And in this case, please take with both hands. Even trump can understand that.