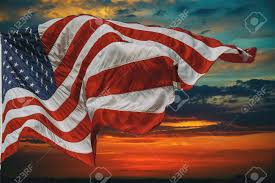 America has shrunk more than it’s grown.  Oh, yes, our population has steadily risen, as has our landmass. Our form of government probably is the best ever, at least on paper. The question today is can we take the splinters and the mistrust and the current tribalism and turn it into something we can all live with?

Everyone looks askance at everyone else.  It’s not just whites and anyone with brown or olive skin.  It’s other whites.  And most anyone else.  That askance-itude works both ways.

Sven Olaffsen looks at Fritz Schlimmer. One of them is wearing a MAGA hat, the other a Black Lives Matter T-shirt.  No brotherhood there.

A black teenager looks at a black cop.  No brotherhood there.

The Supreme Court is more interested in little laws than big ones. It’s a tool of outdated ideology held only modestly in check by four hard working progressives and when Notorious RBG retires or dies, it’s going to get worse.

And then there’s the White House.  It’s an evil version of the Keystone Kops combined with lunatic asylum escapees, headed by a man even Satan can’t abide and wrapped in a Rube Goldberg cartoon.

Then there’s the Coronavirus.  Handled ineptly, perhaps by design but more likely by blindness, ignorance and stupidity and a boxcar full of misanthropy and misogyny.  The infection toll keeps rising. The death toll keeps rising and we argue about testing, mask wearing and social distancing when the logical answers are in plain sight.

We replace science with religion. We replace reason with wish and whim.

This is the America that celebrated July 4th, it’s 244th birthday anniversary. Can we redeem ourselves before the ability evaporates? There’s no way of telling.  We still have the means, but we may not have the will.

We were imperfect from the start. Our founding documents resulted from  compromises That’s an idea left unwritten because the framers thought it self evident.  We have lost the self evidence.

(EVERYWHERE) -- Fireworks displays, however tedious and repetitive, were minimized this year. The reasons were reasonable. But they led to an increase in DIY versions which are far more dangerous to far more people than the professional versions.

(NEW YORK) -- The Macy’s fireworks show went on as planned minus most of the onlookers. This year’s was -- for a change -- neither tedious nor boring. In fact, it may have been the most elaborate show of its kind ever.

(NEW YORK) -- There usually are four days a year smart New Yorkers stay home. They are July 4th, Thanksgiving Day, the Rockefeller Center tree lighting day and New Year’s Eve.  Now, only three remain.  This is the first Independence Day in a generation when they gave the Big Show on the East and Hudson Rivers and nobody came.

QUESTIONS:
-Who invented the question?
-What is the gender neutral word for “middleman?”
-When you switch to contact lenses, where does the gunk that always collects on your glasses go?
-Where is Abraham Lincoln when you need him?
-Why is Long Island Sound called that when most of it’s in Connecticut?

I’m Wes Richards. My opinions are my own but you’re welcome to them. ®
Any Questions? Wesrichards@gmail.com
© WJR 2020