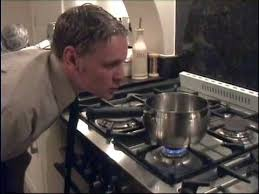 Stop watching the pot. It’ll boil. But not until you look away.

Just Lie Back and Enjoy it.

That’s the latest from trump about the COVID thing.  To be a little more precise, the White House is telling us to “learn to live with it.” But that smacks of a sexual assault viewpoint that predates “MeToo” by decades.

You won’t read it here. But the ideas of “lying there and taking…” and “learn to live with” are giant middle fingers toward the entire country.  If trump is trying to lose the election, he’s not done yet. But this is a giant step on that path.   What’s the matter with many of the rest of us?

What trump was looking for was a way to boost the economy at the expense of lives. That might help keep his core supporters in check and enthused.  It doesn’t look like it’s going to work.

When your answer to something is akin to telling a woman to let the rapist have his way, even the worst male chauvinist will eventually get the message.

The “president” has no friends in the halls of power, just fear-crazed cuckoos. They will turn on him at the moment he seems too weak to win. That moment is already on the front burner, though a watched pot never boils. While his robotic supporters still feast on his ravings, the people who actually make things happen are starting to turn their backs. That’s part sensible and part survivalist.

And if there’s anything more important to a politician than winning the next election, it has yet to be discovered.
NOTES FROM ALL OVER:

(SEATTLE) -- Amazon reports a “difficulty” in delivering Mary trump’s book.  Is the difficulty someone’s putting a figurative gun to some head at the publisher or at Amazon?  Is it headed for yet another court/cat fight?

(SACRAMENTO) -- The McClatchy newspaper company is nearing its Come to Jesus moment and will soon announce which shyster will own what’s been a family business since the California Gold Rush. This space puts much of the blame on formerly absentee chairman, Kevin McClatchy who recently awoke from his Rip Van Winkle slumber and moved from Sleepy Hollow to Sacramento to help decide which version of Hannibal Lecter gets to eat his company.

I’m Wes Richards. My opinions are my own but you’re welcome to them. ®
Any Questions? Wesrichards@gmail.com
© WJR 2020