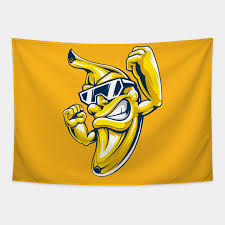 Move over, Chiquita. Make room for the top banana.

The trump administration is considering a re-design of the American flag, one that more closely suits its vision for the future.  Not unusual. We’ve often changed the flag design.  Every time we admitted a new state, we added a star. Betsy Ross would have sore fingers by now.

“President” trump also redesigned Air Force One and was ready to add some gold leaf and flocked wallpaper to the White House until he realized it’s a landmark, plus he can’t rent rooms or turn the West Wing into a shopping mall.

But in keeping with our march toward becoming a third world banana republic, the banana flag seems appropriate.  Plus, we don’t have to worry about the design becoming outdated if we add another state or two, like Ontario or Iraq’s Provence 19.

What do you think is going on with unmarked troops with clearly marked automatic weapons cruising the streets in sinister SUVs, some of them armored, and seizing US citizens exercising their rights to free speech and assembly?  What’s next, the black helicopters?

It’s not just Oregon that’s fallen victim to the stormtroopers. They’re taking aim at California, Illinois, Pennsylvania, among other places.
As Hitler conquered Austria just by showing up in Vienna and saying so and without a shot being fired, trump has conquered Texas, Georgia, parts of Florida, Alabama, Mississippi, Oklahoma. What’s next, Jamaica Estates?  Delaware?

Really. Are we Argentina or Peru or Honduras, Venezuela or Guatemala? Sure looks like we’re heading in that direction.

There is nothing to be said in favor of “soldiers” in camo, with no insignia herding people into unmarked vans.  How do we know who they are?  How do we call a lawyer?  How do we remain silent? Have they moved the Dick Cheney International Interview Center from Cairo to Portland?  Does anyone have data on the sales of waterboards? Has there been any growth? Or do the Kamo Kidz make their own?

Rally ‘round the flag boys (and girls) before the Senate confirms the new one.

NOTES FROM ALL OVER:
(WASHINGTON) -- Rep. Yoho (R-FL) called Rep. Ocasio-Cortez (D-NY) two profane names, then gave a half-baked apology. She mentioned both of those words in an angry speech, but the prissy networks beeped them out. Fortunately, most of us could read her lips.  And she wasn’t saying “no new taxes.”

(BURLINGTON VT.) -- Sen. Sanders told Andrea Mitchell on MSNBC Thursday that he will vigorously campaign for Joe Biden and asked his followers to follow.  Let’s hope they’ll put aside St. Bernard’s perfection and vote for the man who now is his candidate.